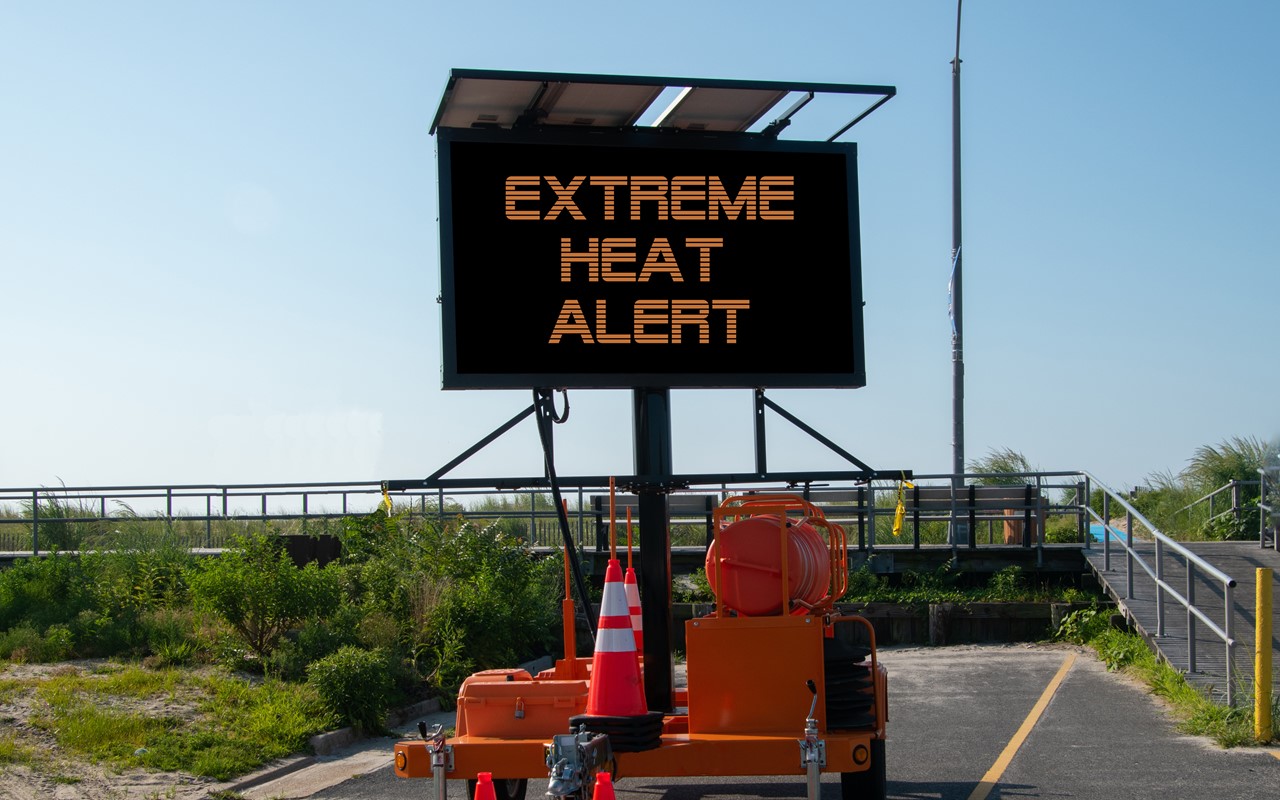 Garney Construction is always looking for new ways to help bolster its safety program. An assistant project manager, working in hot and humid south Florida, researched heat safety and ways to keep the crews as safe as possible during the hot summer months. What he found were smart personal protective equipment wearable health monitors. Garney management decided to explore the benefits of continuously monitoring its employee-owners at work sites to track heat stresses and help predict and prevent injuries and the risk of fatalities from overexertion in hot and humid environments.

Heat is a major concern on a construction site. Most workers think they know their bodies’ limits in the heat, but many don’t stop working when they reach those limits and push through signs of heat stress. Workers can self-monitor their bodies’ physiological factors with wearable devices, which indicate when the body starts to negatively respond to overexertion during hot and humid conditions. Garney decided to try the technology. Not only would workers receive warning signals when their bodies were under stress, managers would receive alerts to intervene if a worker was tempted to keep working, despite their body’s need for rest, hydration and other interventions to return to safe working levels. During kick-off of the testing phase, the field staff was initially apprehensive. They had to remember to affix a sensor—in this case via an arm strap—that monitored certain health indicators throughout activity during the workday. But once the device was secured and comfortable, employee-owners were able to work normally and the device was largely forgotten. The crews wanted to know who would see their health data, but by partnering with the manufacturer for the training and onboarding, they were assured no one but them would see their personal information. The only information the supervisor would see would be an alert that indicated a worker’s body had reached a dangerous heat level, and work should stop to allow for rest and other cool-down practices, depending on the level of health risk.

Garney’s crews were working in several locations from California to Virginia. The company conducted week-long tests at 10 sites over the course of the two hottest working months of 2020. Data was collected by sensors on the workers that continuously monitored their heart rate, body temperature and respiration. Workers’ phones vibrated to indicate if a physiological threshold of safety had been surpassed. At the same time, managers on site received alerts on their tablets about individual employee-owners who needed to take a break and cool down. Via a team-view dashboard, they could track everyone’s heat health on site throughout the day.

Cumulative data from across all the test sites was compiled and analyzed by Garney’s Safety Council, made up of superintendents, project managers, safety professionals and officers who focus on the safety needs of the company. Analytics from the test helped the Safety Council determine the overall health and safety of workers across the entire business and the data was used to inform how to improve the company’s safety programs.

Garney now has the data to know when to provide rest breaks and treatment for individuals with varying levels of ability to work in the heat and humid. Age, weight, gender, fitness, medications and previous medical conditions all play a part in determining the tolerance of working in the heat. The frequency and length of breaks need to vary depending on those factors. Providing shade, hydration, ice baths, elevating feet and other tactics can aid in cooling the body. The PPE monitoring devices not only kept workers healthier, they increased productivity because the system was customized to each worker’s body needs, and when. This allows workers to perform better and more efficiently throughout the workday.

Advancements in technology have been improving all phases of construction for years. Having smart PPE monitoring devices in place is similar to when compact gas monitors became readily available. Protecting crews from unseen gas or lack of oxygen was once the job of a canary. The new worker wearable systems are the new canary in the coal mine with the potential to have the same impact on heat-related safety risks.

Click here for the full article from Construction Executive