Plug and Play selects KC startup for Topeka accelerator; Top City beginning to believe in itself

Click here for the full article from Startland News

Plug and Play Topeka is back, Lindsay Lebahn said, announcing the accelerator program’s second cohort of startups — including a surging Kansas City company — and revealing ways the effort has redefined the definition of entrepreneurship in the Sunflower State’s epicenter.

“Realistic expectations of Topeka have changed,” explained Lebahn, program manager and a key player in bringing the San Francisco-based accelerator’s presence to Topeka two years ago.

“Topeka is really starting to believe in Topeka. … I think a lot of that [has to do with the] revitalization of downtown. We’ve had a lot of things happen throughout the years, but they would happen in pockets,” she continued, highlighting the efforts of GO Topeka to establish an innovation hub and center near and along Kansas Avenue — and a massive opportunity for connectivity in Shawnee County that comes with it.

“Things were happening, but not necessarily in a centralized location. Unless you lived in that area or visited that area, you didn’t really notice it and didn’t really feel it … but this revitalization of downtown has really helped the momentum of Topeka and I think Topekans are now starting to realize that there’s stuff to do here, there’s opportunities.”

Having successfully launched its first cohort virtually earlier this year amid the COVID-19 pandemic, Plug and Play welcomed 10 new startups into its animal health program last month. Among them, Kansas City-based Kenzen — a biometric platform and maker of a workplace safety, smart patch that monitors heat, fatigue and over exertion on the job.

Click here to learn more about Kenzen in a Startland News special report, broadcast in partnership with Bank of America.

“It’s more than just animal health,” Lebahn said of the cohort and the problems they’re working to solve.

Less than a month into the program, current cohort companies have already received interest from venture firms who’ve participated in the program — just one result of Plug and Play’s intentional, cross-vertical programming and events, which see frequent collaboration with its North Dakota-based agtech accelerator and its Silicon Valley-based food-focused program.

Nine nondisclosure agreements have been signed between startups and corporations involved in the first program, Lebahn added, indicating there’s power in the program and its setup.

Click here for a full description of each startup or here to learn more about the Plug and Play Topeka program and past participants. Link to the full article from Kansas City Business Journal 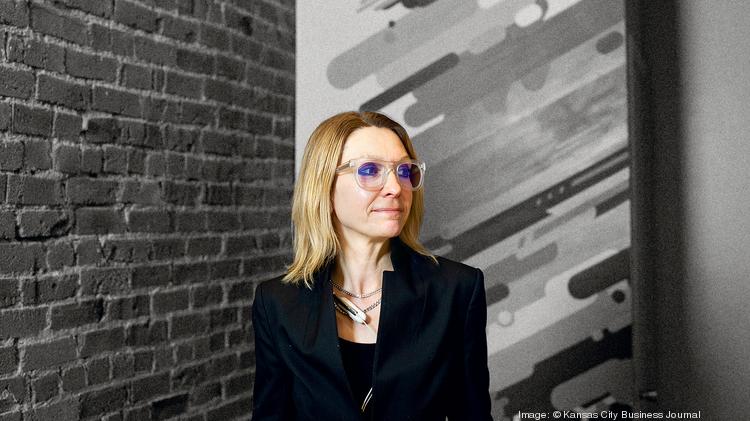 Heidi Lehmann is co-founder and chief commercialization officer of Kenzen.

Heidi Lehmann has built companies in New York, Silicon Valley and near Boston. Now, the serial entrepreneur is building Kenzen in Kansas City.

“There’s a lot of intellectual capital here around industrial technology that you’re going to be hard-pressed to find in other places,” Lehmann said. “It just helps you gain depth in what you’re doing. … Because then there’s more of a roadmap, and you see which way you need to build and which route is the right way to proceed.”

It’s all part of the industrial Internet of Things.

“It’s an absolutely enormous space, and I think, more and more, there’s this realization that there’s been a lot done to protect machines but not as much to protect workers.”

Lehmann chose Kansas City as the main headquarters for several reasons: affordability; a talent base being cultivated by companies like Garmin Ltd. and Cerner Corp.; and access to investors, domain expertise and potential customers.

The area also offers companies in adjacent markets, such as SafetyCulture, which helps customers monitor and audit measures to increase workplace safety. The two have compared notes, such as trends they’re seeing. A rising tide lifts all boats, Lehmann said.

KCRise Fund, a locally focused venture capital fund, introduced Kenzen to prospective customers, including two that are in serious discussions. The startup’s local office is inside the headquarters of VC fund Royal Street Ventures. Lehmann can easily walk across the hall for advice.

Another local investor is Examinetics Inc., an occupational health screening and testing company. Examinetics promotes Kenzen’s offering to its base of 3,000-plus clients in more than 15,000 locations. Kenzen gains access to an extensive network of customer relationships and accelerates its ability to scale.

As Kenzen enters its Series A funding round, Lehmann knows the company can count on area investors to make warm introductions.

“We have investors and partners that we couldn’t have accessed in other places. I can’t think of a better place to be based.”

What it does: Developed predictive physiological monitoring software and a wearable device designed to keep workforces safe from heat, fatigue and overexertion

The outlook: Kenzen sits in the Internet of Things category, which is expected to grow from $726 billion in 2019 to $1.1 trillion by 2023. Kenzen has customers worldwide and expects its Examinetics partnership will help it reach the “next phase of growth.” Garney, a firm focused singularly on water and wastewater construction, is interested in keeping its employee-owners as safe as possible on the job. Recently, the company added a new element to its already robust safety programs by testing new wearable technology smart devices.

The devices, worn on the arms of 28 Garney workers at 10 worksites throughout the U.S., are manufactured by Kenzen. They monitor key physiological indicators of each worker, including core body temperature, heart rate, and exertion level. Detecting changes in these factors can lead to proactive prediction and prevention of heat injuries and illnesses, including fatalities.

Data from the wearable sensors provide alerts to workers by sending vibrations to the device and notifications to their smartphones, and to supervisors via their phones and a web dashboard that provides real-time heat health status of all team members. Alerts escalate from an initial “stop work” message to rest and hydrate, to subsequent alerts for additional measures to avoid emergency situations. Follow-up alerts indicate when a person’s core body temperature has returned to a safe level for resuming work.

Cumulative data can be analyzed by EHS leaders at the company to detect patterns and customize heat stress prevention and treatment strategies at various locations – from the dry heat of Arizona to the extreme heat of the Texas sun, to the hot humidity of Florida, and heat conditions at Colorado altitudes. Garney used the location-specific information to adjust break times and educate employee-owners on steps they can take to protect themselves, such as how to acclimatize to warm working conditions when coming onto a worksite, and best clothing choices.

Although Kenzen collects large amounts of physiological data from each worker, varying levels of information are provided to different viewers to protect workers’ rights, especially with regard to the privacy of their personal health information.

“Garney is on the leading edge of bringing technology into the safety equation,” said Heidi Lehmann, co-founder of Kenzen. “Because Garney is owned by its employees, all were involved in the decision and all are interested in advancing their business through increased safety and productivity.”

Founded in 2014, Kenzen is the premier physiological monitoring platform to keep workforces safe from heat, fatigue, and overexertion on the job. For more information about heat stress and how to integrate the system into your safety plan, visit Kenzen.com.

The Sofia Fund investment brings Kenzen’s total amount raised to $7 million, which will be used for product enhancements and acceleration of market adoption of the Kenzen Predictive Workforce Solution. The Kenzen platform uses real-time biosensor data and predictive models to detect heat-related health events before they occur. Patches on workers monitor sweat rate, heart rate, body temperature and active time in high-risk and extreme environments. The solution is currently gaining substantial traction globally with paid pilot projects in the U.S., the Middle East and Japan.

“Kenzen is exactly the type of company Sofia Fund looks for – a company of women founders and leaders in science and tech who create products that truly have an impact in the marketplace,” said Joy Lindsay, Sofia Fund partner. “Kenzen technology is at the intersection of Internet of Things (IOT) wearables, sensors and data analytics, all areas of great promise for product innovation. With the diversity and solid structure of its leadership team, we believe Kenzen is set for up for success in this exciting space.”

Kenzen is the second company Sofia Fund has added to its portfolio this year. Sofia Fund also invested in Joylux, a femtech company that creates innovative health solutions targeting the enormous but underserved female intimate care market. Sofia Fund has also made follow-on investments in two of its existing portfolio companies.

“An infusion from an investor like Sofia Fund is particularly meaningful to our team,” said Jim McDonnell, who became CEO of Kenzen after the passing of co-founder Dr. Sonia Sousa. “Sonia always recognized the power of diverse teams to propel businesses to success. Like the partners at Sofia Fund, she was an inspiration to many women founders and entrepreneurs”.

Kenzen is an innovator in personal health monitoring and predictive analytics designed to empower its users in the field of precision health and safety. With real-time sweat biomarker analysis, the award-winning Kenzen Patch continuously measures sweat, vital signs and a key set of biometrics. Kenzen helps companies, teams and individuals to reduce injuries, optimize their health, and prevent against adverse health conditions by delivering highly personalized insights and notifications. Learn more at https://kenzen.com/

This release originally appeared on the Sofia Fund website.